Art of the Craft

To the Royal Danish Embassies 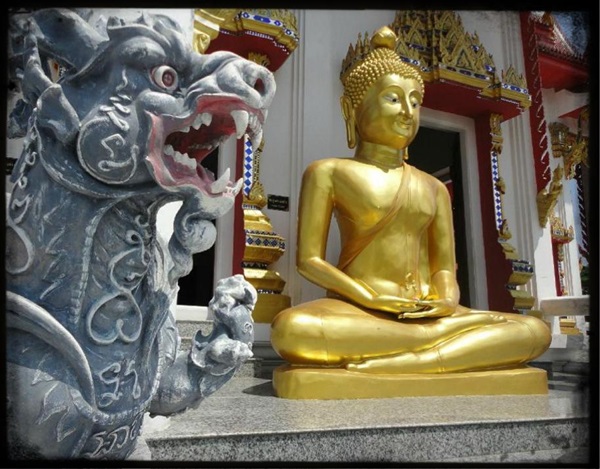 To the BUNTE / Burda Publishing House

Please, let that German-language document be translated and be handed over to the corresponding persons.

The Royalty of our Time

The impetus for this writing came from the magazine BUNTE, in which, among other things, the spectacle of the fashion designer Karl Lagerfeld+ in the Grand Palais in Paris was depicted. There was also a motto, which presumably his staff had worked out for him, and all with a deep meaning hidden behind the motto "Art of Craftsmanship".

So the motto was "Paris-Bombay" and so there was a long guest list and an endlessly long table, illustrated with the words" Majesty invites to the table" in the BUNTE.

The theme of this gala was "The India of yesteryear" with the splendour and glory of the Maharajas and so Karl Lagerfeld felt a wonderful mission, as reported by BUNTE: To celebrate all the almost extinct skills of yesteryear, embroidery, adornment and sewing. "Not only in fairy tales as in the Grand Palais."

"The dream of India in its ancient splendour was recreated at the Grand Palais in Paris with a parade of sumptuous fashions and a small silver railway serving guests at its seemingly endless table."

The magnificent chandeliers and the almost motionless and posed models strode past the table and the guests to present the elaborate fashions, as seen in BUNTE.

A couturier and designer who is now allowed to lose the ground under his feet and wants to market his way of life. Once blessed with a wealth of ideas and an entrepreneurial spirit, he was able to reach the psyche of his customers and thus become rich and ever richer, with diligence playing an ever decreasing role and the application of psychology taking over this ever increasing role.

His perfume and many other of his accessories became known worldwide through his image, who lacked a naturally ageing man and instead showed a stiff over-hurried* and over-tired person who was an employer for the new generation in the industry and for his staff, what is equally true for almost all people from this industry.

Annoyed, overextended and overtired persons whose have more money than they can spend, do not want to live according to their age and want to create and leave something in their life; if it has to be, then just a name that can be associated with luxury and beautiful things.

But why always dream and want to live in fairytale worlds and why not lead others into a fairytale world, namely those who are destitute, so that this fairytale would be much easier to finance?

Why do not the think properly?

Why can and will a celebrity finance such a gala?

Because he worked hard for it? With his hands?

Or with his mental strength?

Or has he strained his psyche or his nerves, for example, also through this gala and will this make it easier or even more difficult for others to deal with him?

Why can't he, for example, retire and still enjoy his life?

Does he even still know how to live as a man and not just have to represent something for others?

Or does he and many other of his celebrity colleagues have a mission to fulfil, which may have been the motto and theme at this gala?

Doesn't that also apply to Wolfgang Joop, the man who can do everything and explained himself in BUNTE?

Was it really the hidden meaning through fate and the background thought of the above motto to be able to pull the "majesties of our time" into the boat, or has it become too late for most celebrities to link new fields of activity with a meaningful life?

Doesn't this also apply equally to the elite class of our time, especially to the heirs to the throne chosen by human, some of whom were also featured in BUNTE magazine?

My person is convinced that there will be some born princes and princesses in the world who will certainly not stay in a castle, but on the contrary will have to bear very heavily on their lives. But this does not necessarily mean that the current cast of characters, who are still considered to be princes or princesses, are excluded from having been born a prince or princess, but the likelihood of these people being born is rather low.

If you look at the magazine BUNTE or similar magazines, you can clearly see that a rethinking has to take place.

Those who have already moved too far away from normality should also be considered, as can be seen and heard quite clearly in the above-mentioned BUNTE magazine, for example, but also via TV, radio or the Internet.

Especially most of the celebrities of our time were able to "bag" a lot of money through the desires and longings of people, to put it somewhat casually, because if one uses the human psyche by means of longings for beauty, happiness, success and recognition through the many trained advertising experts, directors and managers, then this is not a clean and not an honest way to have earned one's money honestly.

For most people, the desire for all this can only be fulfilled by a miracle and so people dream of a beautiful and fulfilled life and like to look at fairytale castles and beautiful people, whether in a magazine, via TV, the Internet or even as a tourist on site, which is usually associated with a clever and cunning business approach!

There is nothing wrong with a healthy entrepreneurial spirit, but if one relies on the psyche, or rather the soul of human, and this is constantly strained and abused or marketed, then one need no longer be surprised if one day the top begins to speak and takes action.

It is very sad to see that many people have left the norm through their financial, endless possibilities and have become role models for many young people who take these people seriously, envy them and even aspire to them.

If, however, a normal consumer were to display the same airs and graces as some celebrities, the public health officer and psychiatrist would have been at the door long ago.

There is nothing wrong with the freedom of the human being as an individual, if other people could not become unfreed, and that always happens when the psyche is influenced, impaired or even harassed.

In addition, the individual must not spend the money at his disposal with his hands full on every conceivable nonsense, because the environment and the exploitation of the earth can be affected by this and then all people are affected.

Nor can the individual bear responsibility for these high sums, since the lives of others always depend on the means available, which has erroneously been passed off for decades as a perfectly normal process!

Especially nowadays, when there are logistic entrepreneurial groups in all capitalist countries and there have been enough opportunities for years to take the developing countries on board, by indeed giving handicraft or manual work such as embroidering, sewing and decorating on garments an individual touch and allowing people to dress themselves with "unique pieces" again, whereby the talents of the individual could be used again and whereby child labour in India would also be replaced by a real payment for a humane activity of the registered wage earners and thus child labour* would no longer be officially yet, one should refer to the above-mentioned motto of Mr. Lagerfeld.

But also in the design of clothing, it must be emphasised that not everyone is allowed to produce every imaginable nonsense, because it is important for infants, children and young people, as well as for old people, to be able to recognise whether the clothing specifically belongs to the respective sex, so that "male and female" can be clearly separated from each other visually by the clothing, which must have worldwide validity, especially because the unique fairy tale is about the interchanging of the wedding couples and about an uniform culture that has already been established. (The German 50s).

The question of dress is therefore not left to everyone to decide for themselves, because easily irritable people could be further irritated and pushed into abnormality by strange fantasy clothing, which incidentally also applies to everyone's hair style or superb head of hair and footwear!

For many, unfortunately, the fairy tale will no longer take place, at least not on earth or as a human being, since the spirit of the times is now advancing with giant strides, as can be seen every day through the media.

Thus, an unique fairy tale can also become a nightmare for everyone, as life moves in an eternal-ever-recurring cycle, which can be seen in the tides and the orbits of the planets in the universe, and especially derived from the sun.

As it is, there will soon or already be evidence of this cycle of life, whereby some persons will know full well that there is nothing left for humanity to lose, except your Authorities.

And so solutions for this great task must be put on the table by the "makers of our time" and put into practice as quickly as possible.

You start immediately where poverty and unemployment can be eliminated very quickly through forward-looking craftsmanship, and that is in your own countries.

When the state has then stabilised, one continues there with the fight against hunger, disease and homelessness, where comparatively with few resources one can very quickly build a livelihood for very many people, which could be stabilised and expanded by the locals!

The financial means for this have been distributed by fate to individuals who must fairly administer the money entrusted to them (by the world economic system) and whoever is not prepared to do this in spite of everything will experience hunger, poverty and homelessness first hand!

As a clergyman, one is called upon to call these current "administrators" by name and to point out to them clearly and sustainably that service on earth is the better choice than service in the hereafter!