Subject: Matter and commission of the Lord 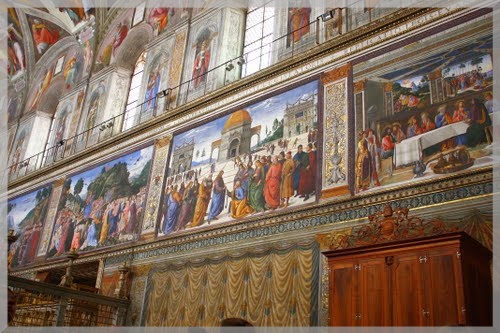 Printing Advertisement with Request for Donation

Once again I would like to point out to you that no one in the world has to starve or even die for no reason.

There is always a cause for an unjust lack of quality of life for many people, which is often also due to the individual fates of other people.

Let us take, for example, your institution, Renovabis, which probably runs alongside Caritas. Let us further take you, for example, Reverend, and look at your task, which you want to fulfil in the above-mentioned way of the subject line.

Many affected people with their individual fates must now also be able to rely on you and have in a certain way become dependent on your actions and work.

You, Reverend, are now trying to address the recipients of your petition through a published individual fate and to encourage them to act, which other institutions are already trying to do in the same way.

Now this petition reaches my person, for example, and is now linked in a certain sense by this letter of reply to your fate, in that you are publicly admonished by my person, since the problem addressed in the above subject line affects many people in eastern Ukraine and you and your ilk have nothing better to do than to have psychologically constructed appeals for donations formulated as direct mail, which cause additional costs and have to be paid for.

As a Catholic in a separate position, you are now called upon by the fate of my person to use your remaining intellect and immediately turn to our rich institution, the Church, in order to obtain* the necessary insight there and to be introduced to the inaccessible riches of the Catholic Church! (It is the same with the rich Protestant Church!)

Finally, obtain for yourselves and other like-minded people as realistic an overview as possible of the fixed and liquid funds and immediately invest this accumulated unbelievable wealth of the Church in life, while you and your Brethren still have the opportunity to do so!

Otherwise you and others will not draw my person into your lowly and clever business conduct, whereby nothing would be objected to small additional donations, if these did not falsely show the reality of the churches!

This letter must now also be included in one of my homepages, as it is not only your fate and that of your Brethren who will be affected to the highest degree, but the fates of the people in the Eastern Bloc countries and the fates of people* worldwide are also included, which quite simply does not have to be in this way!

Finally, start steering in the right direction and overcome your cowardice and suppression of reality, so that fates can change for the better!

I remain with kind regards,

The suffering of many people is man-made; it is a home-made suffering!